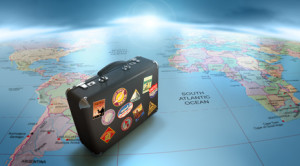 Many know the phrase ‘culture shock’ and some may know the term ‘reverse culture shock’. Both terms are often used to describe the disequilibrium experienced when one travels or lives to another country for an extended period and then returns. The discomfort felt can be magnified by an initial feeling of excitement and joy at entering a new culture and then returning to one’s culture of origin. The ‘honeymoon’ period builds up our expectations and obscures any problems on entry/re-entry, creating a double whammy effect once one starts living an ordinary life. For people in another culture, this often is experienced as a period of confusion and attempts to fit in. If this is successful, there is a period of time that things will run smoothly, however, eventually it is common to eventually feel more critical about the new culture, focusing only on the negative. This period is a new area of challenge that is often overcome by those who stay in the culture and accept all the pros and all the cons. Sounds a lot like the stages of marriage (more on that later!), doesn’t it? Reverse culture is often thought of, by those who haven’t experienced it, as an easier process, but it is usually more difficult. The expectations (for a happy return reuniting with friends and family) are greater and these expectations often obscure how much one has changed during one’s sojourn to another land, and, if the sojourn has been lengthy, how much the home culture has changed.

I have experienced both periods of discomfort many times and am still working through the latest transition (re-entry to my home culture), albeit at a greater level of comfort than at the beginning!

It was a great shock to me to have the feelings I had and there were many levels to the experience: I had returned to Canada after 15 years away. I had returned to Nova Scotia after 30 years away, and I had returned to school full-time after 17 years. Additionally, I was making a new career for myself and a close family member was seriously ill. There were days that were unbearably hard: sadness, anger, confusion, hopelessness; and there were days that were lived in a daze—everything felt so surreal.  I thought that I was going crazy as well, that my years away had masked a previously undiagnosed mental illness and that I needed medication, at the very least for anxiety.  I thought we had made a big mistake and feared that it would be one we always regretted. And I reminisced and talked endlessly about Japan: everything was better there and so much easier! I knew friends and family could only stand so much of my talking about it, and tried to control myself, but it was so hard not to talk about your last fifteen years—imagine asking someone not to do that!—but really, we have very little interest in things that we cannot relate to, so it was natural for others to not want to hear about my memories. I thought I would always feel like I was on vacation in Canada, but after a while, it began to feel like home again. Now, when I think of Japan, it is with warm regard, but the memories are gently fading. Life here feels really good. I love being around family again and building a lasting community is a lot easier than building one as an expatriate. I feel more involved with life here: knowing I can vote, knowing all the laws (and knowing I’ll be seen as equal before the justice system), and knowing the language is something one takes for granted if one has not lived abroad for extended time. 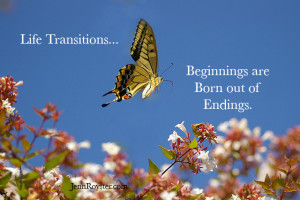 Due to my close experience with this type of transition, I wanted to research the process. I did a reading course which focused on cultural transitions, and during this discovered that it was not just extended travel and living abroad that brings on this type of reaction, but that we experience this when we make small ‘c’ cultural changes; for example, transitioning from married life to single life (or vice versa), leaving university and beginning a career, leaving cloistered life and living independently from a religious order, or finishing a prison sentence and returning to society outside the prison walls. The last example is very well described in this post: https://www.quora.com/What-is-it-like-to-rejoin-society-after-a-long-prison-sentence .